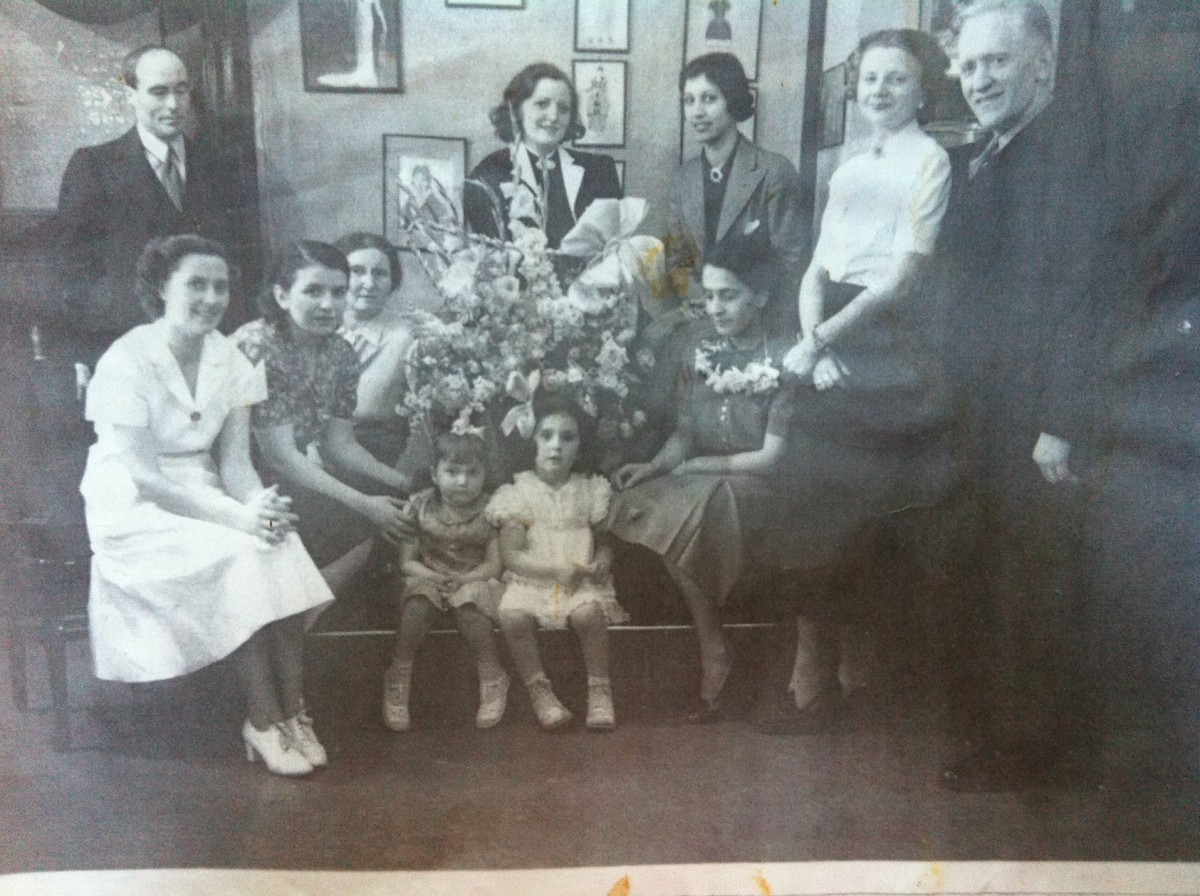 Giselle  Pons was born in New York City. Her mother was Armenian, from Tblisi, and her father was French even if he was born in Moscow. Her childhood had been deeply influenced by theatre and art in general. Her father George Pons had worked at the Moscow Art Theatre as the first assistance of Constantin Stanislavsky, until Stalin did not drive out all French citizens from the nascent Soviet Union.  Her paternal uncle, Edouard, who had instead taken Russian citizenship, died in a Gulag in Komi, in the Arctic Circle.

Escaped from civil war, the mother of Giselle Pons, Hélène Wermicheff Pons, met George Pons, in Paris, when he was leaving for a tournée in England and in America, with the theather company of russian émigrés, “La Chauve Souris”. They got married in London and arrived to NYC in 1922, where the company reached an incredible success. After three years, the theather company decided to move to South America but George and Helene remained in NYC, where they started a succesful career as costume designers.

Giselle Pons grew in a milieu totally devoted to theatre and art. There was never a moment of idleness: when she was just 3 years old, her duty was to collect brooches from the floor of the Studio with a magnet.

At home the atmosphere was very european: George did not allowed her to speak in English, imposing her to speak French, because “L’anglais est une langue batarde: elle ne sert à rien!”. But at that time, it was the French to be the language of culture and diplomacy, having established itself internationally since the Enlightenment, but Giselle had an inadequate pronunciation so she was sent to study diction with a theatrical Shakespearean actress.

Hélène  wanted his daughter to be exposed to all forms of art: music – she studied piano from the age of five, art history – every Sunday visits to the many museums of New York, theater – watching performances, ballets, and all of works at the Metropolitan of which her parents had made the costumes.

After high school, Giselle Pons moved to Rome, where she met her future husband, Fausto Marziale. They got married and had four children. Giselle Pons started painting in 1984, after going to Sri Lanka, but it was probably the death of her firstborn, the sculptor and painter Alessandro Marziale, to encourage her to devote herself intensively to painting. She painted assiduously until the 90s, when the family moved to the countryside of Canino, in northern Lazio, where she also began teaching English.

Gradually the teaching prevailed over painting but, in summer 2015, during the school summer break, Giselle has restarted to paint, following two trends: one with the resuming of her “Minoan obsession”, the other strongly inspired by the extraordinary olive groves in the countryside surrounding her.

This website uses cookies to improve your experience while you navigate through the website. Out of these, the cookies that are categorized as necessary are stored on your browser as they are essential for the working of basic functionalities of the website. We also use third-party cookies that help us analyze and understand how you use this website. These cookies will be stored in your browser only with your consent. You also have the option to opt-out of these cookies. But opting out of some of these cookies may affect your browsing experience.
Necessary Always Enabled
Necessary cookies are absolutely essential for the website to function properly. This category only includes cookies that ensures basic functionalities and security features of the website. These cookies do not store any personal information.
Non-necessary
Any cookies that may not be particularly necessary for the website to function and is used specifically to collect user personal data via analytics, ads, other embedded contents are termed as non-necessary cookies. It is mandatory to procure user consent prior to running these cookies on your website.
SAVE & ACCEPT